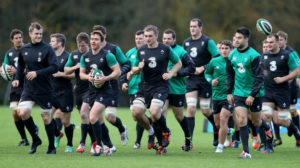 Robbie Henshaw has been handed his first start at full-back since making his debut in 2013 as Joe Schmidt named his team to face England in the opening Guinness Six Nations clash on Saturday.